If you are in Northwest Arkansas or any of the surrounding areas, I would love for you to come hike with me! The project kicked off on November 1 and continues through September of 2018, so if you can’t come on a hike right away there’s plenty of time to get outdoors and join in on the project. I will be hosting at least one hike per month.

Look for all of my planned hikes on my Facebook page or in my new Facebook group, Ozark Women Blazing Trails. I look forward to meeting other hiking enthusiasts. While the project focuses on getting women out to hike, men and boys are welcome to come along!

Not from Northwest Arkansas?

You can still register for the 10K Women Trail Project and start hiking with your girlfriends! Once you’ve registered you can start logging hikes in which at least one other woman or girl accompanies you. Register here. Be sure to use the following hashtags when you post to social media: #forceofnature #hikeitbaby #10kwomentrailproject #togetherwehike

Who will you inspire to get out on the trails? Tell me in the comments or share you favorite trail to hike!

This Halloween we took Coen trick or treating for the first time. This amounted to bribing him with the promise of going home and changing into his costume in order to get him to leave his beloved preschool for the day. Then, once we got home, we had to bribe him with chocolate in order to get him to put on his costume (This really shouldn’t be at all surprising if you read this post). Three-year-olds are so much fun.

Before I picked Coen up I got a text from Jeremy’s cousin’s wife, Chelsea. She asked if he was a fan of Frozen and suggested we come by her dad’s house where they were dressed up as the characters from the movie. I talked it up while we drove home, but even telling him we were going to see Chelsea didn’t convince him to put on his cute cat costume for trick or treating. Somehow, after a lot of coaxing and a little dark chocolate, we still made it over there right around when they were starting. It was a good thing too because by the time we left there was a line of trick or treaters waiting for photos and a traffic jam in front of the house! My little cat wasn’t feeling the photo op though and all we got out of him was this sly half-smile. It really was the purr-fect expression considering the temperament of most cats! 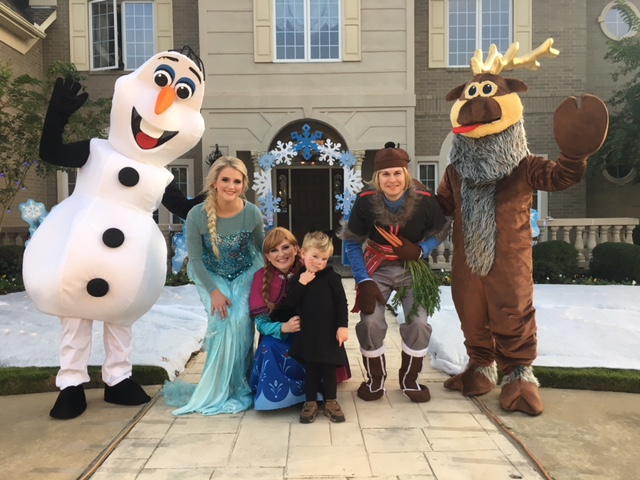 We ended up going around the block to trick or treat at the rest of the homes in the neighborhood. By the time we made it back around our little kitty was hungry and ready for a cat nap so we headed home. I’m still not sure what we are going to do with all the candy we brought home. I was considering starting a Switch Witch tradition, but surprisingly Coen hasn’t been asking for any of it! We may just wait until next year for that. Plus, shhh, don’t tell, but I already ate quite a bit of it anyway. My favorites are the Reese’s!

How was your Halloween? 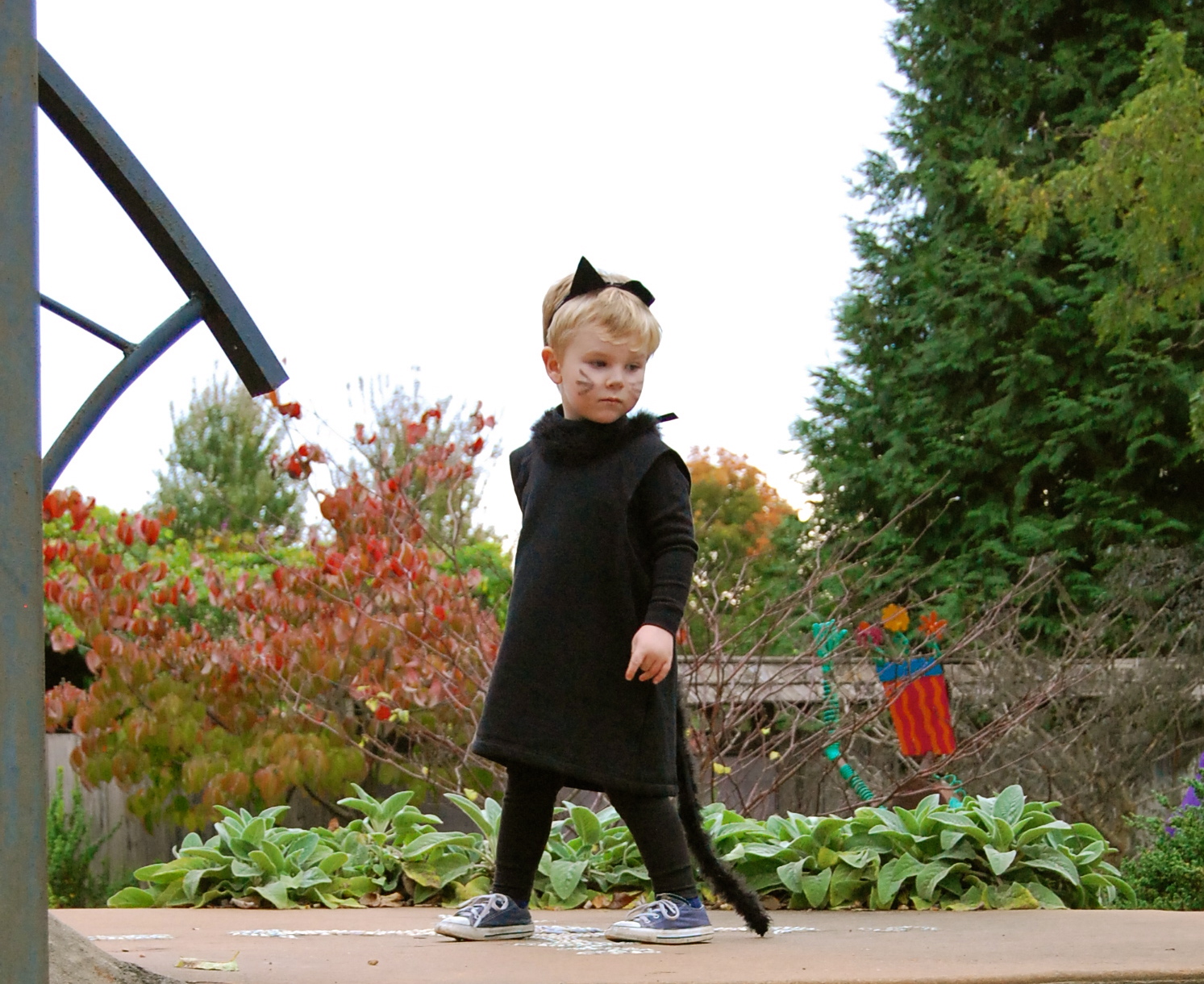 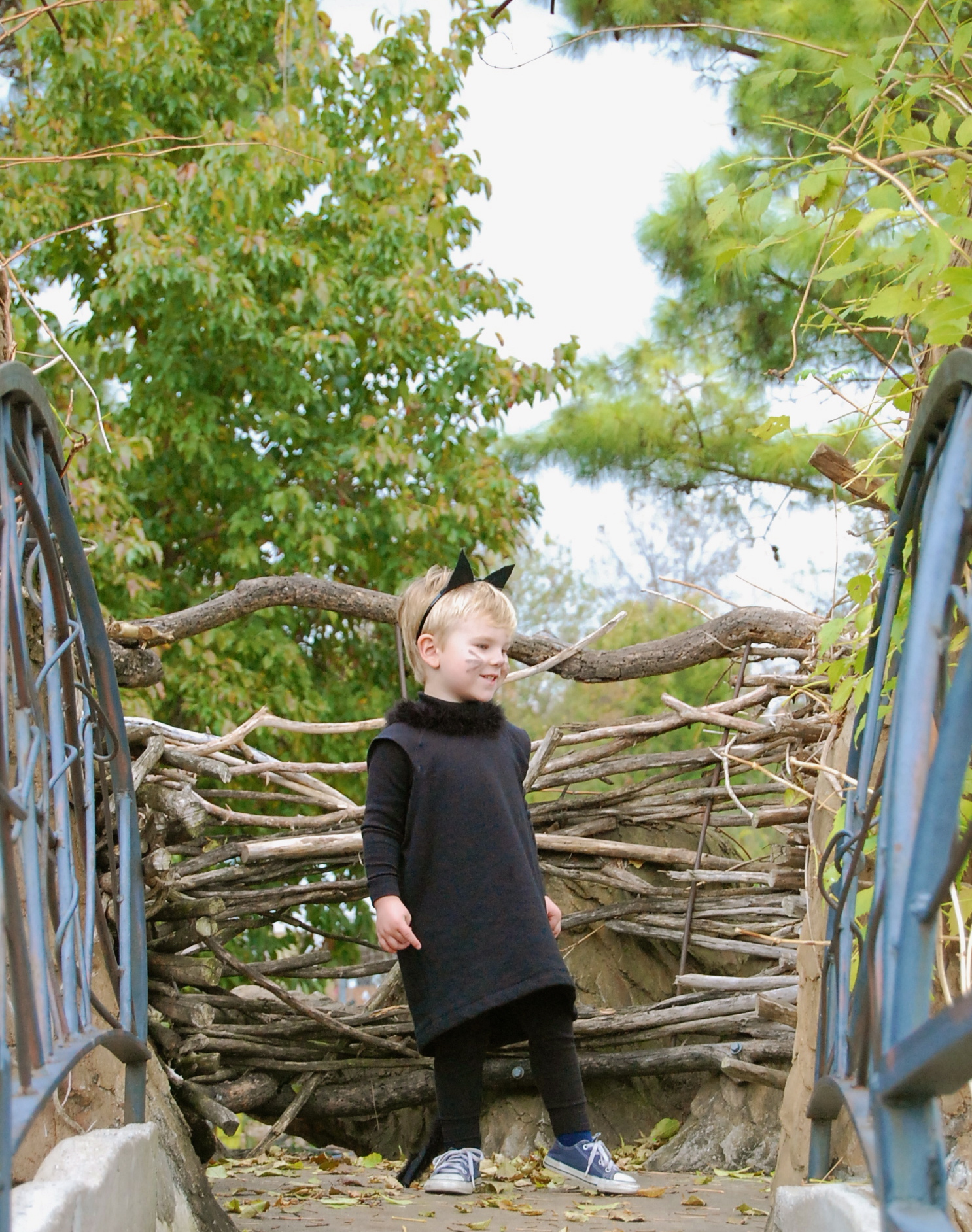 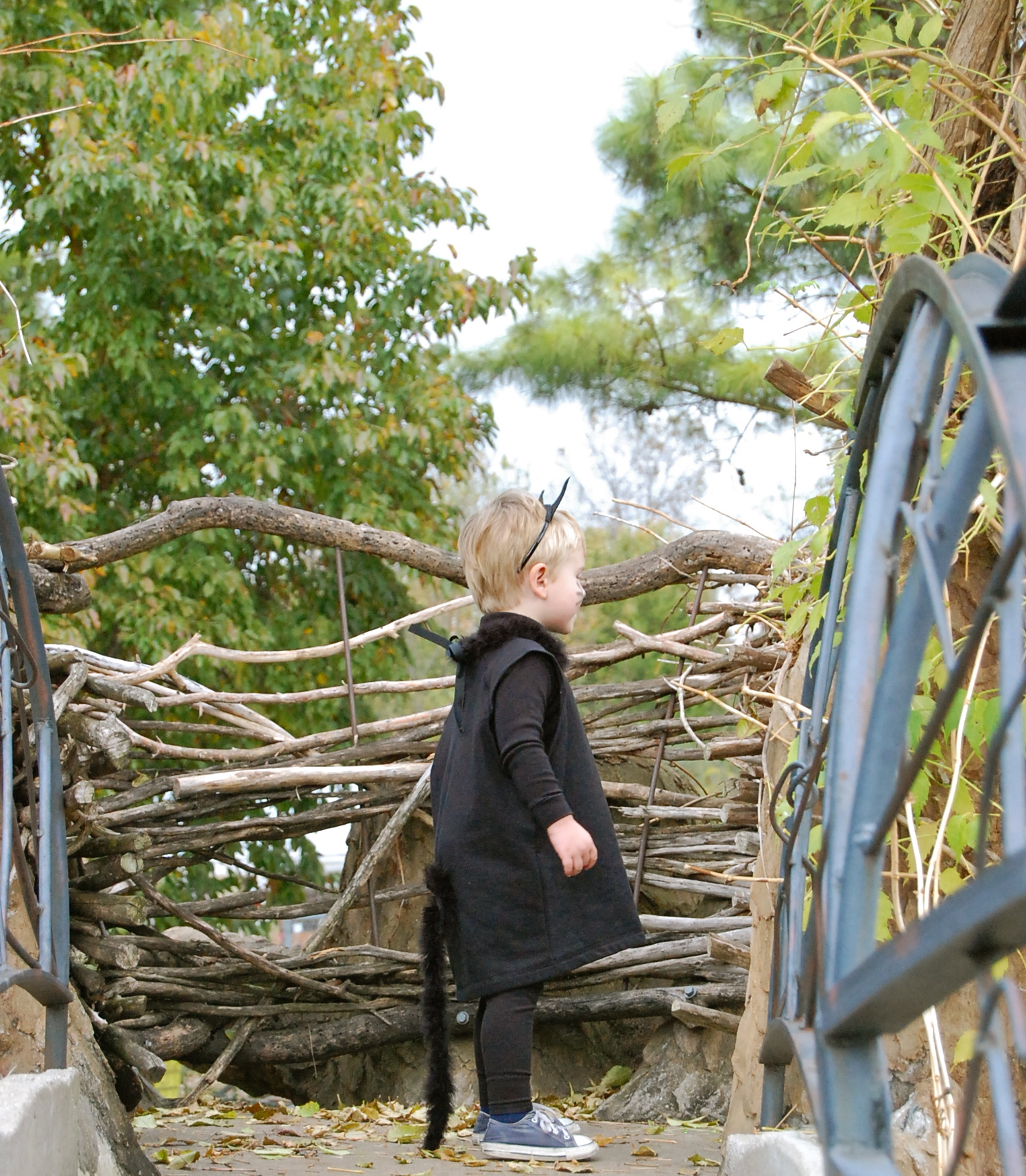 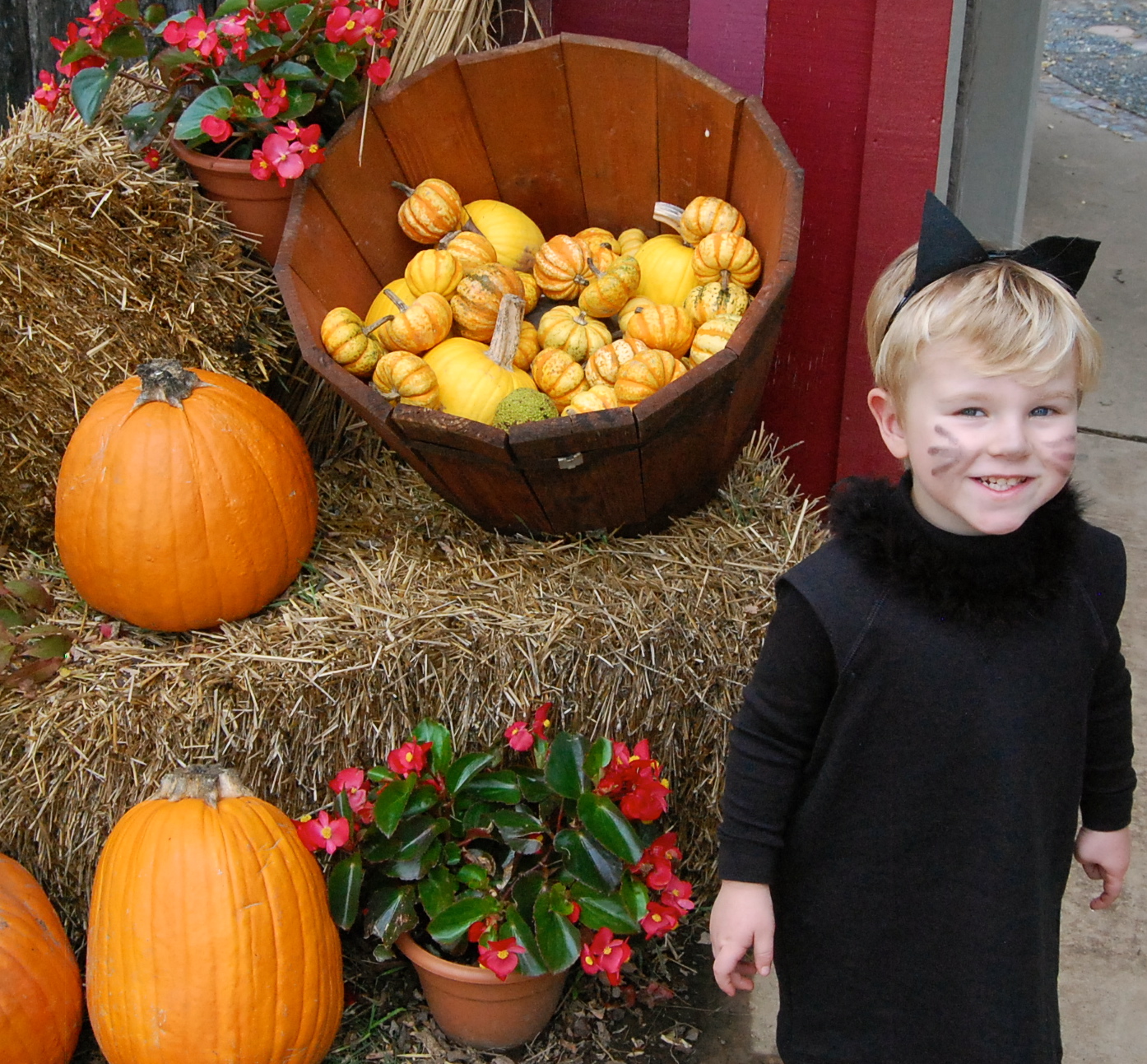 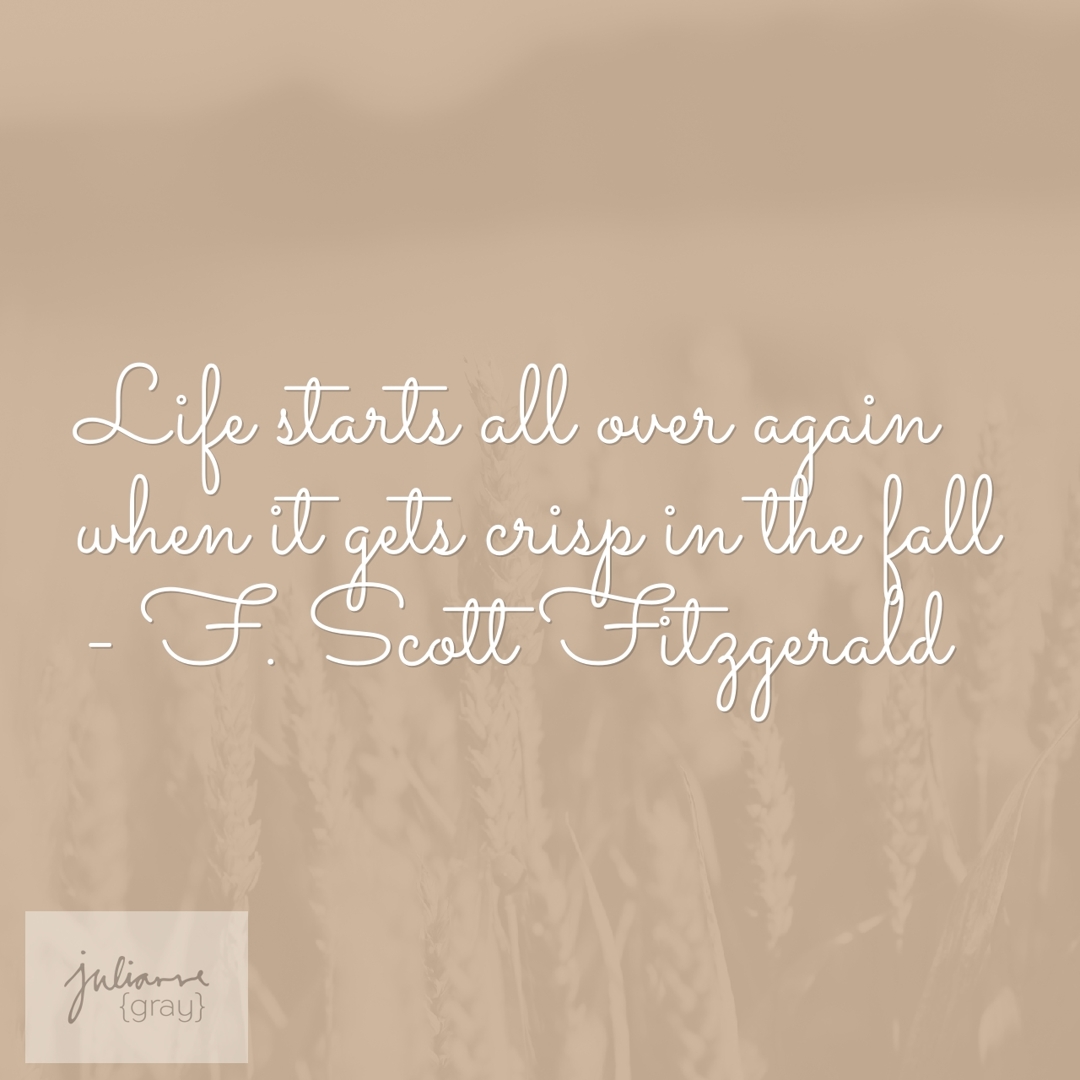 Today is a crisp, fall day. Usually that would be followed with exclamation points and the stars emoji, but I’m just not feeling it today. Instead I’m feeling grumbly. I have to go to a follow up appointment, and as usual, it’s one of those appointments. It’s 54 degrees outside, but I still had to shave my legs. Well, I guess I didn’t have to, but I felt the need to in order to not be judged by some ridiculous beauty/womanhood standard. Even while recovering from surgery. I may still be bold and rock the no bra look I’ve adopted the last week and a half though.

It’s not what I am not going to wear that is really getting me down however, instead it’s “WHAT AM I GOING TO WEAR?” I know, go ahead and put me back in that typical woman box now. I am usually so excited about sweaters and layers and boots and pants, but pants are SO not my friend after this surgery. I mean, not any that I really consider to be pants. I am still firmly in the “leggings are not pants” camp. I was hoping the trend would just go away, but apparently it’s here for awhile. I am left with the option of wearing a dress or a skirt that will leave me feeling cold, and frankly, just not practical when you have an appointment with a gynecologist, or comfy, stretchy, non-pants like leggings.

Karl Lagerfeld is reported to have said “Sweatpants are a sign of defeat. You lost control of your life so you bought some sweatpants.” Well, I’m admitting defeat. I’m not going to say that I’ve never worn leggings out of the house because I did when I was pregnant. However, I was never truly comfortable in them no matter how long the top. I’m grumbly because I have to wear leggings in public. Something that many women would deem worthy of exclamation points and the stars emoji.

I started to think that maybe I could get away with wearing a trench over a not so flattering outfit just to get me out the door to my appointment, a la Lorelai Gilmore. Although, instead of cutoffs I’d be hiding leggings and a not quite long enough top. The thought of being able to wear the trench my mom had brought me when I had surgery did lift my spirits and gave me enough energy to try and “make it work.” After trying top after top, and even reaching into my husband’s closet to find something with a more ample hemline, I settled on a dress over leggings. Done. And then I collapsed back into bed because getting dressed is really all it takes to wear me out these days. Now, don’t feel sorry for me. That just gives more time to watch clips of my favorite moments from Gilmore Girls, like this one. Enjoy!