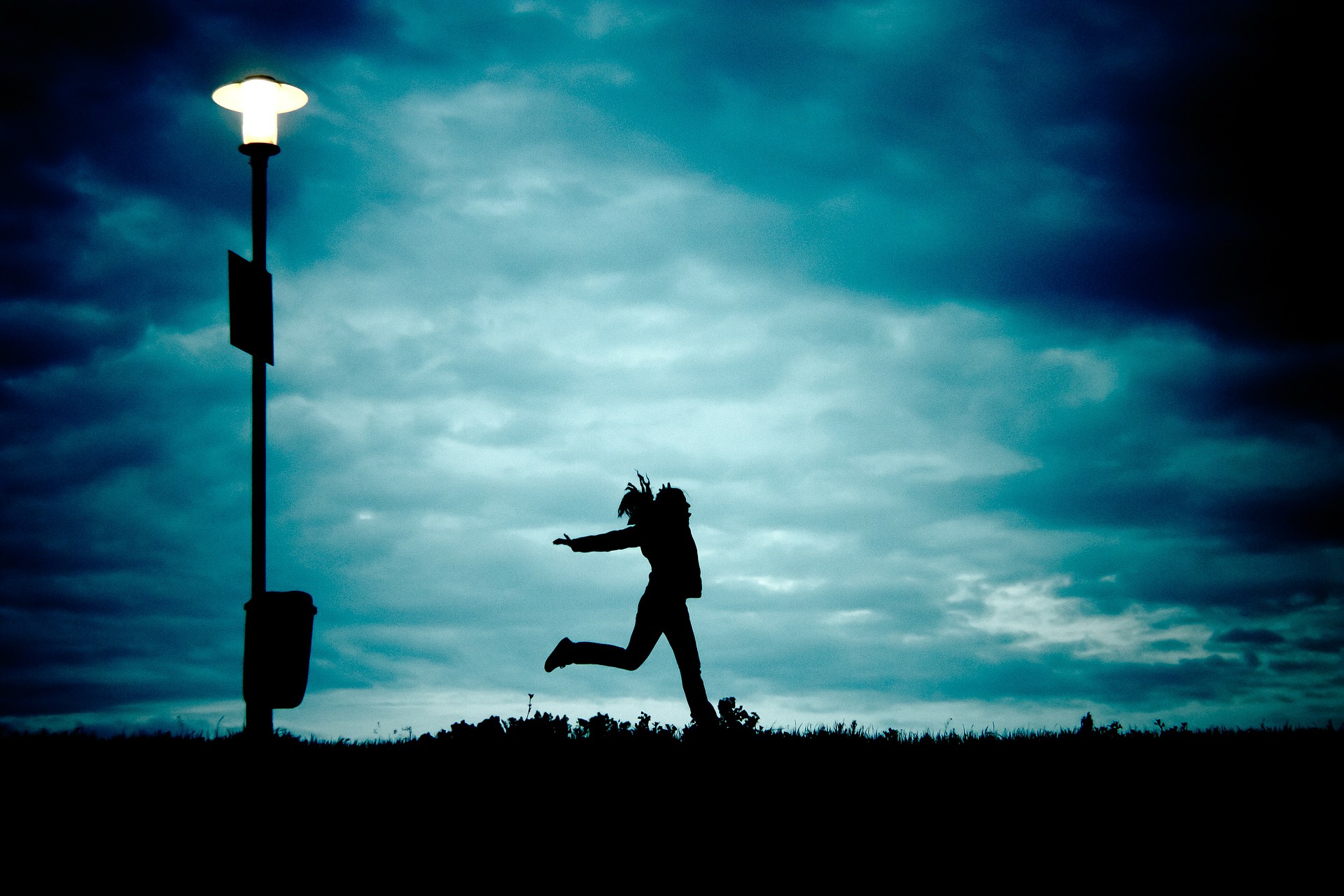 Ready to run. If you’re like me you probably cannot read that without a certain Dixie Chicks song coming to mind. All of the false starts I’ve had in trying to get back in a running groove also come to mind. It has been a long time now since running was second nature to me. I played soccer from the time I was in 6th grade until high school, and there was a lot of running. So much running. I could run forever back then. The cross country coach was always trying to recruit me, but…soccer.

I didn’t play soccer my senior year of high school, and I didn’t pursue it in college either. However, I was still active in college. My friends and I would run, bike, and workout together. During the spring semester of my junior year, I started to get sick after working out. I distinctly remember the first time it happened. We were trying out a new Denise Austin workout video (I still cannot bring myself to do any of her workouts to this day). At first I thought it was a fluke, or a bug. I was puking, weak and faint for a day or two afterwards. A sweet lady from church came by to drop off soup, crackers and Sprite, and she stayed outside lest she catch what I had. It turned out that I was sick. Only I wouldn’t even know it for another three months, and it definitely wasn’t anything that you could pass on to a church ladies.

Even though I became sick each time, I kept on running and working out. I was a junior who had managed to keep the “freshman fifteen” at bay, but all of a sudden I had developed a belly. No weight gain anywhere else, but I didn’t think anything of it at the time. I just figured I was gaining weight and needed to keep exercising to keep it off. So I threw up afterwards? All the better to help me lose the weight, I thought. I know that sounds flippant, but it is what I really (secretly) thought at the time. I have never had an eating disorder, and I am not promoting this as a healthy way to lose weight. Even then I knew that it was an unhealthy way to look at things, but it was my way of finding a “bright side” to the situation.

It didn’t make a difference though. My belly grew rounder until I couldn’t even bend down to tie my own shoelaces. I looked and even felt like I was pregnant. Finally, I began to listen to my body and my friends who kept telling me it wasn’t normal to only gain weight in your belly, especially not so quickly. I had been experiencing some very uncomfortable back pain throughout this same time and I decided to give in and go to the doctor about it. NOT because of my belly. Uh uh. I still didn’t think it was related to the pain or the nausea, etc. My doctor disagreed. After she looked at me there was really not much talk about back pain at all. The conversation went like this:

Doctor: Are you pregnant?

Doctor: You are sure there is NO way you can be pregnant?

Me: [Nervous laughter] Unless it’s by immaculate conception, there is no way that’s possible.

Doctor: Well, there is something in there.

The ultrasound that followed showed that the “something” was a basketball sized mass on my ovary. A basketball sized mass. On my ovary. Just for some perspective, the ovary of a woman in her childbearing years is about the size of a walnut. I was referred to a gynecologist oncologist and surgery was scheduled for summer break. My CA-125 (the tumor marker for ovarian cancer) came back within the normal range so I put the thought of cancer out of my mind. I would later learn that the CA-125 is not always a reliable test. False negatives and even false positives are not uncommon. I did not find out until after the surgery that it was indeed mucinous adenocarcinoma of the ovary. Cancer. Stage 1. Thankfully, it was all removed during surgery, along with my right ovary, my appendix, part of my intestines, and the now watermelon-sized 8 lb tumor. My doctor did offer chemotherapy, but he was confident that I would be okay without it so I declined. I felt like I got off so easy.

My recovery from the surgery was long and anything but easy. Nonetheless, I did get up and start walking again the very next day. Not far, just up and down the hallway outside of my hospital room. With the aid of a nurse. Slowly, I was able to start doing regular things. I never did get back to running though. However irrational, I always had a fear in the back of my mind that said I would throw up again if I tried to run. During the 13 years since my surgery, I have started and stopped running so many times. I never could stick with it. This month I hope to change that. I have set a goal of running at least one mile three times a week during the month of September, which also happens to be Ovarian Cancer Awareness Month. I hope to cap off my goal and the month by running the Whisper 5K Walk & Run in Kansas City. Why Kansas City? First of all, I couldn’t find any runs benefiting ovarian cancer research in Arkansas (is it crazy that I’m considering starting one myself??). Second, I was going to college in Missouri when I was diagnosed and Kansas City was where I had my surgery. I would love it if any of my Warrensburg/Kansas City friends would like to join me on September 25!

I have put in two one mile plus runs this week already, so I’m right on track to reach my weekly goal. Tomorrow, I will be running in teal–the color of ovarian cancer awareness–for National Wear Teal Day! Will you be wearing teal tomorrow?

2 thoughts on “Ready to Run”